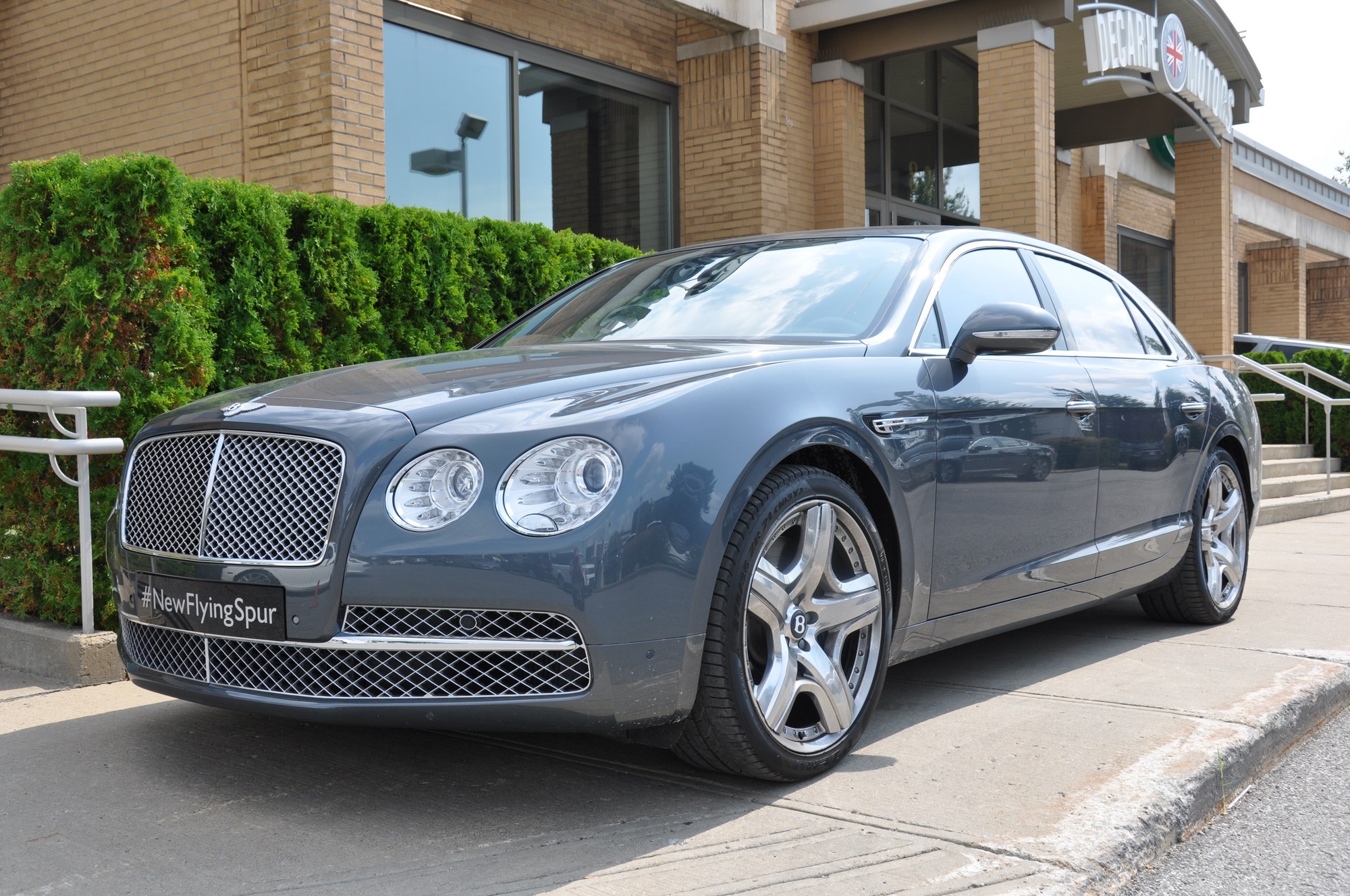 Recently I had the opportunity to take a 2014 Bentley Flying Spur for a test drive in Montreal. It got me thinking about Bentley cars, the company, and its very long history. Bentley is, as you may know, now owned by Volkswagen and has been since 1998.

After 15 years, shock, horror, dismay and general skepticism as a response to VW’s acquisition has pretty much died down, and I would think that even brand enthusiasts must be happy with the vehicles produced by Bentley under the VW umbrella. They are, after all, still assembled in Crewe, England where they have been built since the 1940s (although body shells come from Germany). 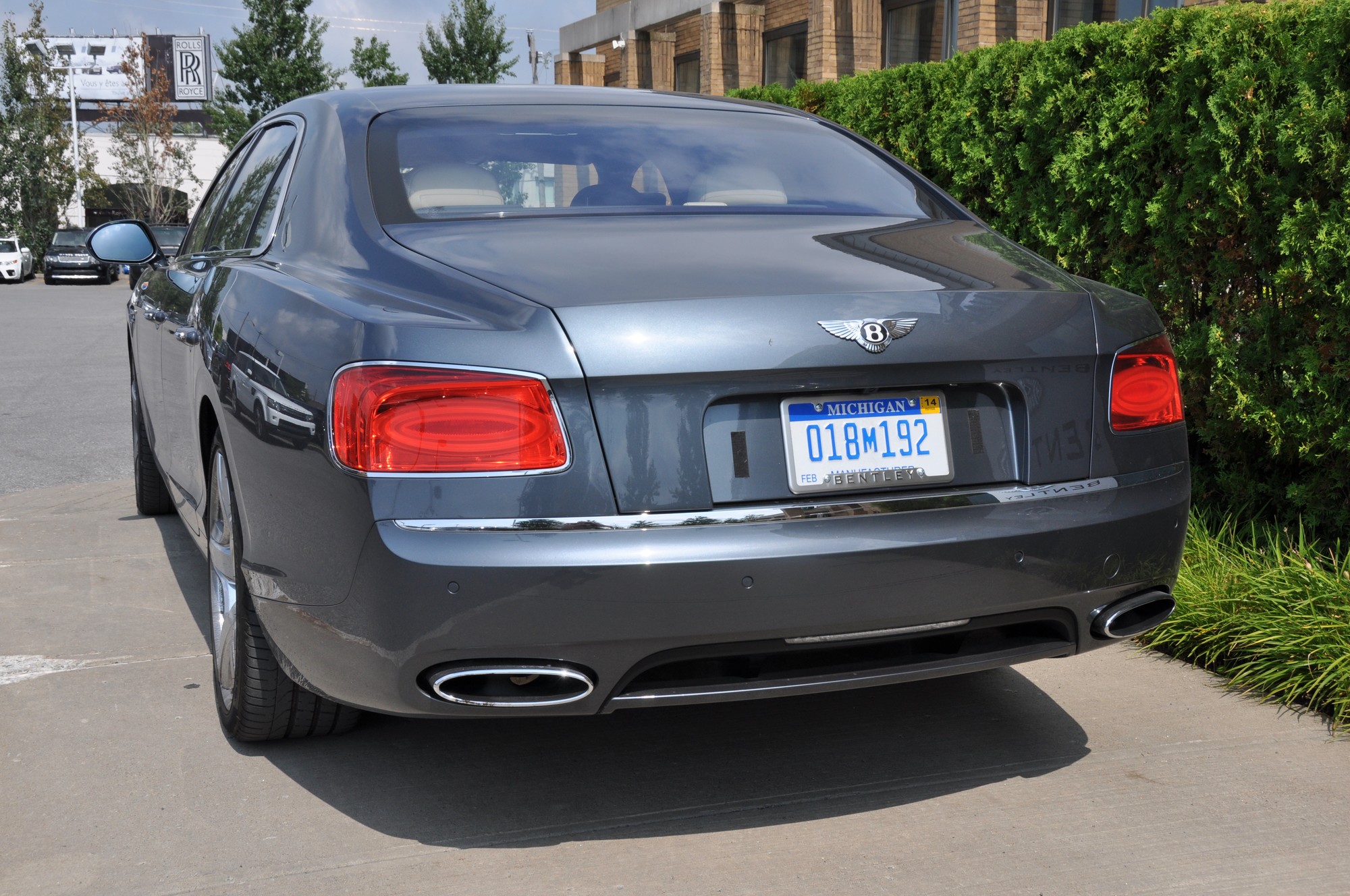 However, it’s been quite a while since Bentley was regarded as “the backbone of British motoring” as it was described in one automotive publication from the 1970s. Even if and when it was, the Bentley company — whose first model was available for sale in 1921 — never produced many cars.

Nonetheless, in its earliest days, the vehicles that Bentley did produce were pretty spectacular, with examples winning the 24 Hours of Le Mans five times between 1924 and 1930 (including a 1-2-3-4 victory in 1929).

Racing was always a big part of Bentley’s identity, the company’s founders W.M. and H.O. Bentley believing like many car manufacturers before and after, that “winning sells cars.”

But a Bentley wasn’t just any car. From the outset, this was a high luxury brand that competed with the very best. Unfortunately, the vision, expertise and passion possessed by its owners (mostly it was an H.O. Bentley enterprise) was unfortunately not matched by their business acumen. You may not know that the original Bentley company — the one responsible for some of its most legendary vehicles including the Speed Six and the Blower Bentley — lasted for only a decade, five years of which were under the ownership of wealthy patron Woolf Barnato.

In fact, it was a good thing that Mr. Barnato and a small group of other well-heeled Bentley enthusiasts (the “Bentley Boys”) supported the company with investments and by buying cars they would personally race. Otherwise Bentley likely would have failed before the 1929 stock market crash that sealed the firm’s demise.

Bentley hobbled on until 1931, but it was during that year the company was forced into receivership, subsequently re-emerging under the ownership of Rolls-Royce (Mr. Barnato shrewdly invested in Rolls-Royce, as well…).

What of “W.O.”? He worked for Rolls-Royce for a while under a service contract, but apparently without enthusiasm. Eventually he left to work as Technical Director with Rolls-Royce competitor Lagonda, for whom he designed a V12-powered vehicle which gave him his last Le Mans success (a third and fourth-place finish in 1939).

Later in 1939 saw the beginning of World War II, and car races were forgotten until its conclusion.

Even though the Lagonda factory was destroyed during the war (hit by a V1 missile), production recommenced in 1948. David Brown, who owned Aston Martin as well as Lagonda, used a twin-cam straight six-cylinder engine for both cars, which interestingly, were also designed by W.O. Bentley (whose name by this time couldn’t be attached to any vehicle).

But Bentley branded vehicles continued to be built using Rolls-Royce chassis and drivetrains into the 1990s. Badge-engineered some would derisively say; a sportier Rolls-Royce in the opinion of others.

Which brings me back to the current Bentley and its 2014 Flying Spur. The name “Flying Spur” has been used on four-door Bentleys since 1957, always as four-door variants of the two-door Bentley Continental. The 2014 version is billed as Bentley’s most powerful four-door ever built, and wears subtle design changes to further individualize 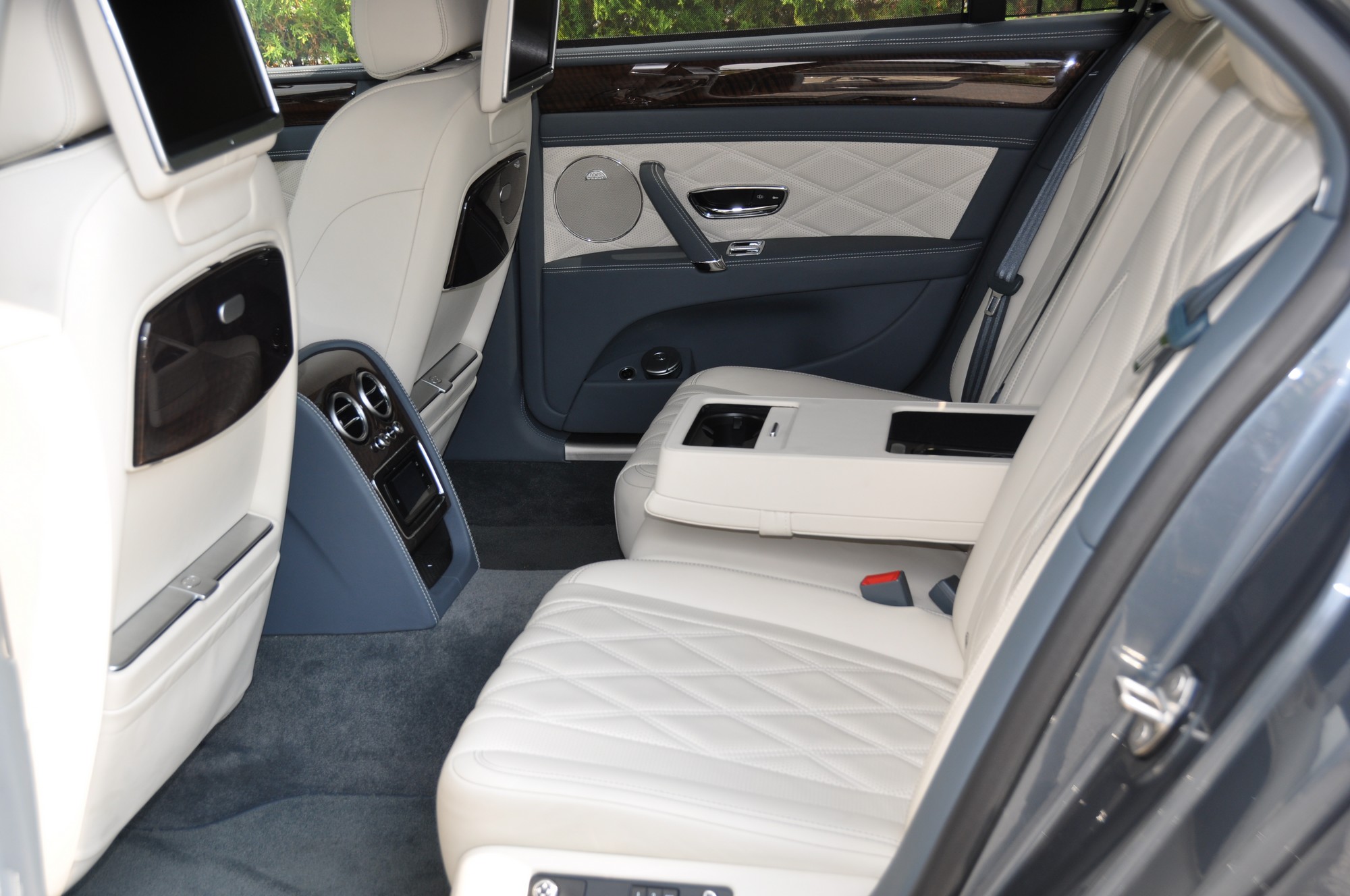 the model from the Continental.

Under the hood is a 6.0-liter, twin turbocharged W12 engine coupled to a ZF eight-speed automatic transmission with paddle shifters. This rear-biased all-wheel drive 2,471 kilogram (5,451 pound) vehicle will hurtle to 100 km/h in 4.6 seconds and attain a top speed of 322 km/h. You have 616 horsepower under foot, and 590 pound-feet of torque. True to form, this Bentley retains its high performance credentials.

In case you’re wondering (owners likely don’t), you’ll consume 20 litres of premium fuel per 100 kilometers when driving in the city, but apparently only 11.8 L/100km on the highway (US EPA cycle, provisional figures). No worries, the Flying Spur has a 90-litre fuel tank.

As far as creature comforts go, Bentley is at the pinnacle of conservative luxury, meaning it’s a type of luxury that is conventionally opulent, recalling fine furniture, the precision of Swiss timepieces and a style that would be understandable (except for modern electronics and navigation systems) to the elite of a century ago.

And the closer you get to each component, the more finely you appreciate its perfect finish. One imagines that even the key fob, for instance, must be handcrafted by a bespectacled British gnome painstakingly weaving metal and leather into some mystical charm.

The upholstery is quilted and perforated with the finest of tooling, the folds and seams perfectly rendered (our test vehicle was fitted with the optional Mulliner Package, which ramps up the luxury to 11). Audio/visual inputs? This car has HDMI for each of the high-definition rear-seat displays, WI-FI, and an eight channel, eight speaker Naim 1,100-watt audio system. And you couldn’t finish wood any more sumptuously than that found adorning the Flying Spur’s interior.

This is what $247,000 plus $17,000-$25,000 for the Mulliner Package (rear seat entertainment, 21-inch wheels, diamond quilted leather, knurled sports gear lever, drilled alloy pedals) gets you. And you have yet to even take to the road!

Where the engine doesn’t so much purr as it hums like a distant nuclear reactor. The driver’s seat is by far the most comfortable I’ve ever experienced. The navigation system was dedicated to the United Kingdom so I had no clue where to go. Not onto the Montreal highway system, choking with vehicles crawling along at a sub-10 km/h pace, that’s for sure.

So I drove around town, motoring serenely among the endless Hondas and Kias and Fords, feeling like I was floating a couple of feet above my fellow motorists. Didn’t see another Bentley (do you acknowledge each other with an understated nod?) although one supposes that in Montreal there’d be a few.

Resisting the urge to wave regally to pedestrians as I wafted silently by, I was struck by a couple of things. First, those pedestrians weren’t noticing me. I know from driving Porsches and Camaro LR1s and even my Honda S2000 that heads will turn when something interesting drives down the road. The Bentley unexpectedly didn’t generate the same curiosity.

Another unexpected experience was the way the Bentley aurally transmitted imperfections of the uneven road surface into the cabin. While I’m sure it was silent from the outside, inside it was inelegantly thumping and bumping as it traversed the urban cracks and potholes, and I really thought I’d be insulated from all that in the sumptuous Bentley cabin. Not so, it turned out.

Otherwise I was delighted by how light the Flying Spur feels on its feet; the steering quick and positive, the brakes muscular and smooth, the engine palpably waiting for a command to let fly.

As I say, it’s an opulent, regal machine, the kind you buy because you can. But when I asked a Decarie Motors Bentley Sales Representative why people choose a Bentley over other luxury brands, he was stuck for an answer, eventually conceding that he didn’t really know.

I suspect there must be some appreciation of Bentley’s old-world luxury combined with high performance and a name that goes back to the dawn of the automotive age. You buy into history, here. And exclusivity may be a factor, even in the rarefied world of high luxury vehicles.

Because Bentley still doesn’t sell many cars. It has made strong inroads to new markets, but in Canada, Bentley has sold an average of 108 per year over the last five years, and in the US the average is 1936. In both countries sales are uneven year over year, with global sales exceeding 10,000 units only once in the past 12 years.

But Volkswagen owns several luxury brands as well as Bentley, including Audi, Porsche, Bugatti and Lamborghini. The company seems to be a luxury marque collector! Maybe they think this is what it ultimately takes to elevate the stature of Volkswagen around the world. Seems to be working; the Volkswagen Group is doing quite well.

Bentley is somewhat coy about pricing for its vehicles. Maybe that’s a detail with which Bentley buyers aren’t really concerned. I do know that the 2014 Bentley Flying Spur starts at $247,000 in Canada, but the company website operates the only car configurator I’ve ever seen that doesn’t include pricing. Now that’s rich!