It just occurred to me that there’s a winter theme among some of the items that populate the walls, floor and shelves of my home office! Most of this stuff has a historic Canadian connection.

First of all, here’s a Rallye des Neiges plate that I acquired from fellow Ottawa MG Club member Bill Pickthorne (sadly now deceased). The Rallye des Neiges was a Quebec-based winter rally that ran in the 1960s (I don’t know the exact years; maybe someone can enlighten me) and was operated by the Sports Motor Car Club of Montreal. Bill told me the plate was on a Triumph TR4 driven by Grant Dixon, although I’m thinking he might have meant Hugh Dixon. Hugh was a busy Canadian racer at the time who at one point drove a D Type Jag, but is also known for a car affectionately (I presume) called Miss Contessa (thanks Terry Dale for the information!). Anyway, I’ve tried to get in touch with Hugh Dixon to confirm his participation in this race, but no luck yet.

The British Empire Motor Club (out of Toronto) ran the 2,240 kilometer Canadian Winter Rally from 1953-1976, although it continued in various forms (mostly as the Ontario Winter Rally) until 1983. Major sponsor was BP (Shell sponsored the Shell 4000 cross-Canada rally which ran in spring). The 1967 winter rally winner was the team of John Bird/Ross Klaus in a Datsun 411 aka Bluebird. 1967 appears to be the last year for the 411 which was replaced in 1968 by the highly regarded Datsun 510. Second and third finishers in ’67 were a Renault 8 Gordini and a Volkswagen 1500 (that’s the Type 3 fastback, I think). I’ve posted a map of the rally at the end of this article. You can see included Toronto, east almost to Ottawa, north up toward North Bay and west to the Collingwood area. A huge undertaking!

Speaking of winter rallies in Canada, here’s an advertisement from Ford (who entered factory teams in the early ’60s) regarding the Paul MacLennar/Art Dempsey Canadian Winter Rally-winning Ford Anglia. Interesting graphics, don’t you think? Likely penned in the UK, as the image doesn’t really capture a typical Canadian winter. Coincidentally, I recently saw an Anglia for sale on Kijiji, had a go at purchasing, but it sold quickly. 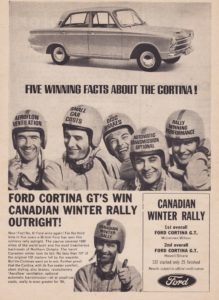 Continuing the rally theme, here’s another ad’ featuring the Canadian Winter Rally, only this is the 1965 edition. Paul MacKlennar wins again for Ford, but now in a Mk 1 Cortina GT (the Anglia was retired by then). Co-driver was John Wilson, and the pair would repeat in 1966. As you can see, Howell Lloyd and Bill Silvera came second, also in a Cortina GT. I own a 1969 Ford Cortina GT, so I’m pleased to see how well the “English Fords” did back in the day. Check out a great article with excellent pictures of the winning Cortina GT and other competitors by Jim Donnelly at There will be mud! Browse Steve McKelvie’s website for lots of additional rally information and images. 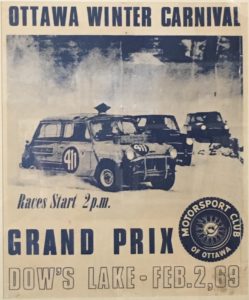 Ice racing was hugely popular in Canada (at least in the Ottawa area, where I live) well into the 1990s. You want to know where all the vintage import cars went ? Ice racing… likely never to return to the road. Here’s a poster from the Motorsport Club of Ottawa’s Grand Prix event held on Dow’s Lake in February 1969, featuring the number 411 Mini driven by Montrealer Dave Greenblatt. I live just down the road from Dow’s Lake. It would have been the perfect venue, although in the winter it’s now used exclusively for skating (when the weather cooperates). 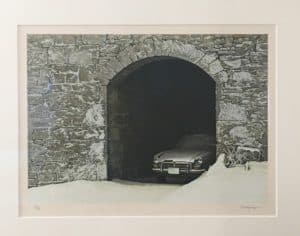 This is a serigraph that I own called Under the Arch, by the late Ken Danby. “This is my 1967 MGB-GT within the arch of the large stone mill building on our property…” wrote Ken Danby in a letter to me that accompanied this serigraph. “…It’s a view which was quite familiar to me but which didn’t particularly resonate until I discovered it freshly covered with snow from an overnight blizzard… leaving a white tapestry stuck to the undulations of the stones and a dusting of the car “under the arch,” as well.”

He continues: “Six years after creating this picture, I completed renovations to the building to become my home, and this arch remains an entrance to my carport. Regrettably, my MGB didn’t prevail as well, and was sold a year or two later.” (I wonder if it’s still around…).

I owned a car just like this — a green 1967 MGB-GT — and back in August 2007 when I acquired this print from Ken Danby, I was planning to drive it to his estate for a visit. Very sadly, a month later in September 2007 (and like Tom Thomson before him) Ken Danby died on a canoe trip in Algonquin Park. He left some great art. 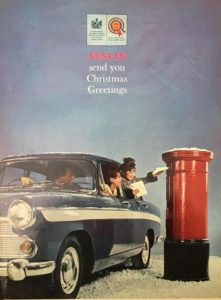 Yes, car companies used to send Christmas Greetings. This isn’t Canadiana, I guess, but it’s a fun thing out of a Christmas edition of The Illustrated London News that I bought at a flea market years ago. In case you’re wondering, the car is an Austin Cambridge (regularly seen on Canadian roads in the ’60s) and the giant red cylindrical object was called a Pillar Box, a receptacle for people to post their letters. 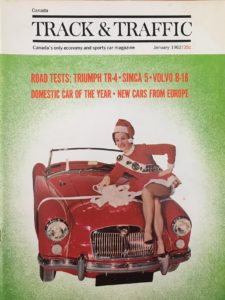 Miss MG North America. What can I say? She’s historic, but who is she?

First of all, for those who don’t know, Canada Track & Traffic was published monthly from 1959-1972, covering what is for many the absolute golden age of interesting cars, along with comprehensive Canadian motorsport news. It remains Canada’s only car magazine of substance and longevity, and each issue is a treasure-trove of information on the Canadian automotive scene at that time.

That said, who is the woman sitting on that MGA, anyway? 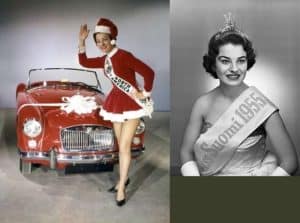 There are other pictures of her, like the one at the far left, surely taken at the same shoot.

Honestly, you can’t beat the Internet for research and sure enough, Google Miss MG North America and up pops The MGA by John Price Wilson who captions the picture below with this: Miss MG North America was voted in each year by Morris dealers and was, in 1961, Canadian beauty, red-haired Inge Britt. Her car not only had a make-up kit in the door, but also a tasteful lace doily around the number plate.

Okay, then… Well, I did look up Inge Britt on Facebook, but no luck although an Inge Britt Soderberg is on Wikipedia. She was Miss Finland in 1955 (she would have been 21), pictured here with her sash, and OMG (couldn’t resist), the resemblance is there… 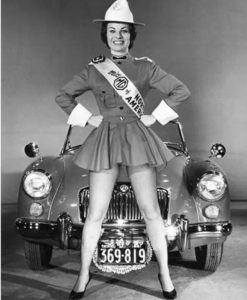 I bet this is a red MGA and Ms. Britt is wearing red serge. And yes, that is indeed a lace doily surrounding the licence plate… 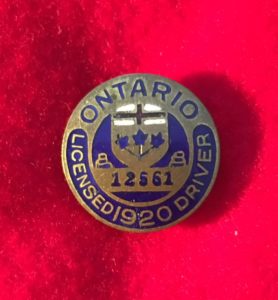 Finally, have you ever seen one of these? Not winter related, but interesting, nonetheless. This is an Ontario Driver’s Licence, and it is one of the first. As of the very early 1920s, according to the Ministry of Transportation Ontario, it was decided that “operators” of motor vehicles were required to have a licence (“chauffeurs” needed one as of 1909) and they came up with a small, numbered, metal disc about the size of a nickel (Canadian five-cent piece). Handy to attach to your hat, right? Or maybe your lapel if you always used the same coat… Anyway this is an actual 1921 driver’s licence (owner’s identity unknown) and as you can see, it’s number 12561. By 1929, licences were issued on paper, and the metal discs were abandoned. In case you’re wondering, in Canada licensed drivers have a licence. In the US they don’t distinguish between the verb and the noun.

More to come as I find it! 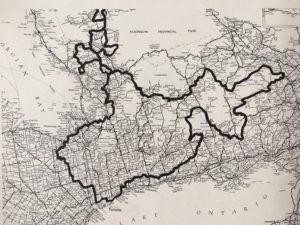 What an experience! Canadian Winter Rally, 1963