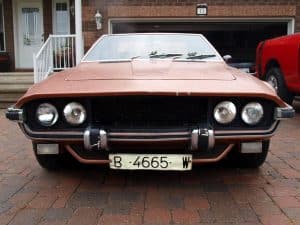 1973 Dodge Serra Boulevard GT still wears its original registration plates from Spain, where it was built.

Mention the Dodge Serra Boulevard GT, and even the most fervent Chrysler fan might respond, “Huh?”

With just 18 copies of the fibreglass-bodied 2+2 coupe produced between 1972 and 1974, the Serra is hardly likely to show up at your local Moparfest.

But the minuscule production total isn’t the Spanish-built Serra’s only distinction. It is — it HAS to be — the world’s only sports car powered by the Chrysler slant six. A sloping stronghold of dependability, true, but hardly the motor of dreams for European GT lovers.

Yet that 145-horsepower engine sealed the deal for a young Canadian oil-drilling specialist named Claude, who came across this Serra in a Spanish showroom in 1977. The four-year-old coupe showed 30,000 kilometres on its odometer.

“When I opened the hood and saw the slant six, I said, ‘Hey, anybody can make that run!’ ” Claude remembers.

The engine and other Chrysler parts — four-speed manual transmission, solid rear axle, front subframe with torsion-bar suspension — came by way of the 3700 GT, a variant of the redoubtable Dodge Dart assembled in Barcelona as an end run around import restrictions. 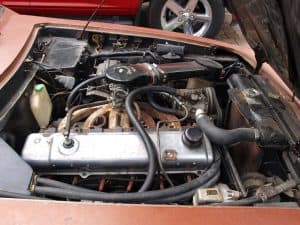 Chrysler’s famous slant six powers the Serra, which is built on a modified Dodge Dart platform.

Catalan coachbuilder Pedro Serra persuaded Barreiros Diesel, the contract manufacturer later acquired by Chrysler Spain, to authorize a small-numbers sports version of the 3700. Today, it would be pitched as an attention-getting brand “halo” car. At the time it was just, “Let’s do something cool!”

Serra and Italian engineer Michele Liprandi devised a tubular chassis to support the Chrysler components. Some accounts suggest Liprandi also styled the compact, two-door body. It seems far more probable, however, that Serra, an accomplished designer, penned the long-hood, short-deck silhouette, which evokes the American ponycars the Spaniard was known to admire.

With exaggerated fender flares and chunky wrap-around bumpers, the Serra is a bit too busy to be beautiful. Nonetheless it is striking, its angled roof, tall rear quarters and sloping tail inviting comparisons to the Fiat X1/9, early Toyota Celica and other classics

Perhaps the best feature is the wide, oblong grille, which incorporates four round halogen headlamps and makes a bold, road-eating statement in the manner of the Iso Grifo — another European grand tourer with an American engine, in its case the Chevrolet small-block V-8 — or the later Maserati Kyalami.

Claude’s unrestored Serra, original but for a replacement outside mirror, reveals a high standard of workmanship. The body, though scraped and faded, shows little of the delamination common in many old fiberglass cars. The stainless steel window trim is beautifully crafted.

The slant-six, with two-barrel Carter carburetor and cast aluminum valve cover, looks at home beneath the forward-hinged hood. The car’s VIN code is stamped into a frame rail within the engine compartment.

Inside the snug cabin, the floor drops between wide sills, and recesses in the upholstered headliner provide a bit more noggin space over seats clad in brown Alcantara. The long-handled shifter stands well forward on the console, and the Abarth steering wheel with Serra centre emblem extends from a field of rocker switches and Jaeger gauges. Below are a Pioneer 8-track player and Allegro Mark IV air conditioner, the latter an original feature. The power windows were also standard. 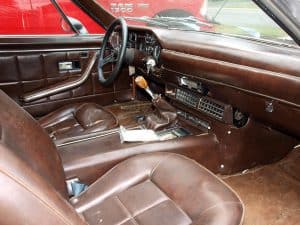 Regulatory hassles are blamed for halting Boulevard production well before an initial target of 50 units. For Claude, driving his rare coupe through Spain, France, even as far as the Norwegian birthplace of the young woman he met and married, questions came often. He enjoyed showing off the distinctive Serra and its unfailing engine.

After a stop in Scotland — more oil exploration — Claude returned to Canada with his Norwegian wife and Spanish sports car for a new career as dairy farmer. The cows would get more exercise than the Serra, which sat for decades in a barn in St. Albert, Ont., east of Ottawa, still bearing its Spanish registration plates.

“I never had the time,” says Claude, which won’t surprise anyone who knows farming.

The Serra will see the sun again, however. Claude, now retired, decided it was time to part with his copper-brown coupe. When we visited, it was awaiting a date with a shipping container.

The destination? Spain, the country where it was built, where it might be restored or modernized by its new owner or even — and this is what we hope — kept as unaltered tribute to the happy and lasting marriage of Pedro Serra’s coachbuilding talents and Dodge slant six reliability. 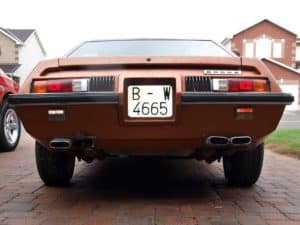 As its nameplate confirms, this is indeed a Dodge. The off-the-shelf taillamps also appeared on some Saabs. 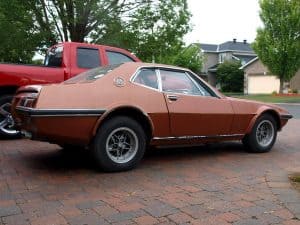 An unrestored survivor, the fibreglass-bodied coupe shows a high standard of workmanship. 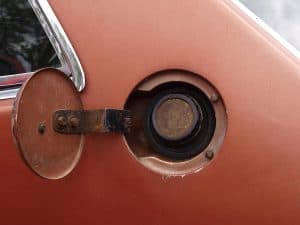 Gas filler hides behind emblem on the C-pillar. 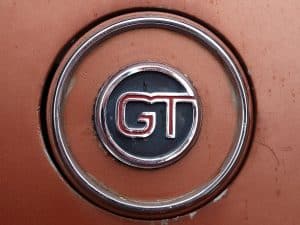