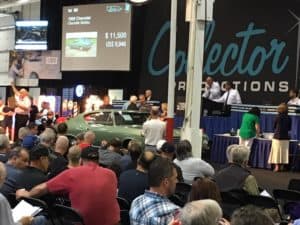 Recently I attended the spring Toronto Spring Classic Car Auction (it’s typically held twice annually, spring and fall, at the International Centre). This is something I’ve done many times over the past couple of decades, mostly as a spectator.

I say “mostly” because I’ve covered the auction when I was a working journalist and once, on my own dime so to speak, my hand went up and I bought a 70s Porsche 911 for $22,000, if I remember correctly. Not for me, mind you… No, I fancied myself as a player, flipping it at a profit like one of the seasoned buyers on the auction floor. Why not? They were doing it! Looked easy!

Turned out that a potential buyer blew the engine while test-driving the Porsche – a $10,000 rebuild — and I got a quick education in being a car dealer. 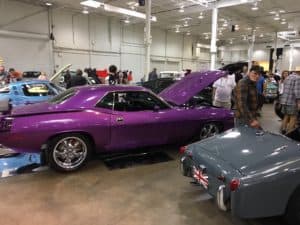 But back to Spring, 2018. The event operated by CCP Auctions (Classic Car Productions of Blenheim, Ontario) is now a fixture of the classic car auction calendar and runs like a well-oiled machine. Vehicles are organized, displayed and moved through the selling process with military precision; a procession of cool cars each headed for their brief moment of stardom on the auction stage. The auctioneer’s gavel, hovering in anticipation, is ready to signal that he’s “Sold another one!” as the cars arrive, prospective buyers swoon and a transaction takes place.

Not always, of course. Sometimes the raised gavel hand slumps to the podium accompanied by a resigned, “Not today, folks; that won’t do it,” as an unsold car is moved away.

Either way, it’s theatre; a show; an event. It’s also money; collector cars and all that they represent. It’s fun to watch for the spectators, while emotions surely run the gamut from joy to despair if you’re bidding or selling.

And if you just like cars, it’s a great place to get up close to those that appeal, have a seat behind the wheel… dream, reminisce, criticize or merely enjoy. 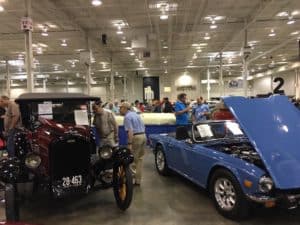 There are all kinds of vehicles at the auction, from potential classics of the 80s and 90s (and some even newer), to the more familiar Mustangs, Corvettes, muscle cars, pickups, rods, sports cars and family haulers of yesteryear. Some, it must be said, are just old cars without much to recommend them. They’re at the last chance corral, perhaps.

This time around there were about 260 vehicles registered, with the auction beginning as it does on the Friday evening, and concluding Sunday afternoon. The busiest days, as you might expect, are on the weekend.

But happily for the less well-heeled, many of the registered vehicles were in the realm of “affordable.” Something for every budget, I reckon. We’re talking cars like a 70s Volkswagen Karmann-Ghia, a Triumph TR3, an older Porsche Boxster, a Jaguar XK8, early 60s Chevy and Pontiac sedans and hardtops, numerous Mustangs, the occasional oddball like a Nash Metropolitan, and some curvy older Lincolns and Fords. Somebody even brought a 1959 Redfish Capri boat and trailer… you had to see it!

Really, examples of all types from all nations that build cars, from pretty much every era.

Interestingly, it turned out that some cars had virtually no value at all! How does an apparently very well presented 1988 Jaguar XJ6 Sovereign sell for $725? (now now, don’t be rude…). Granted, there were a few minor dings in the hood, but $725? How about a 1987 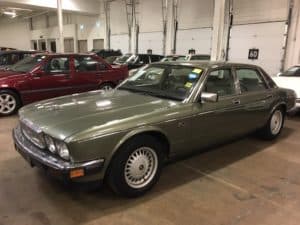 It’s a motley crew that attends the auction, but of the thousands passing through, only a small percentage are buyers and sellers (although some, of course, are both). Mostly men “of a certain age” (boomers), it has to be said, and one wonders whether younger folk are at all interested in these old cars, or any cars for that matter. Judging by the crowd, I’d say not so much.

Is it a declining market? According to a recent article by Bridget Clerkin on DMV.ORG, “Perhaps the biggest problem facing the collector’s car market is the lack of collectors.” It is mostly boomers, after all, and their numbers are indeed in decline. So prices for collector cars overall are apparently dropping while supply increases.

If you’d like to see the full list of registered vehicles at the Spring Toronto Classic Car Auction, visit Classic Car Productions and look for “Auction Results.” Check their website for upcoming auctions! 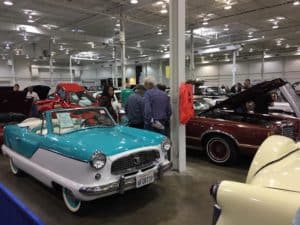 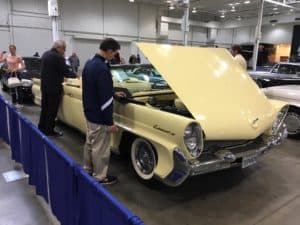 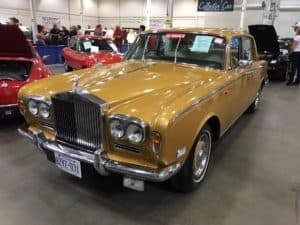 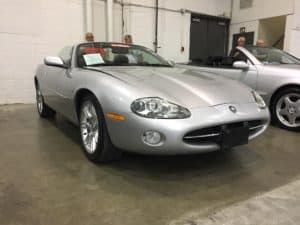 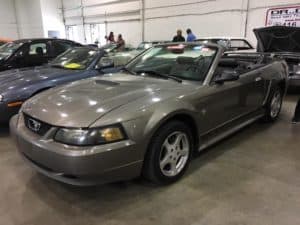 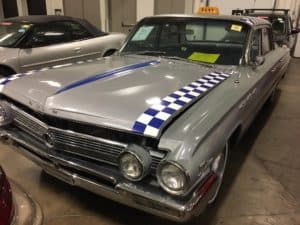 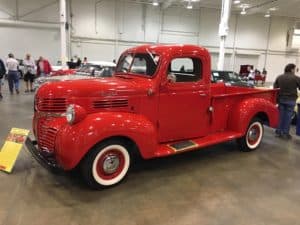